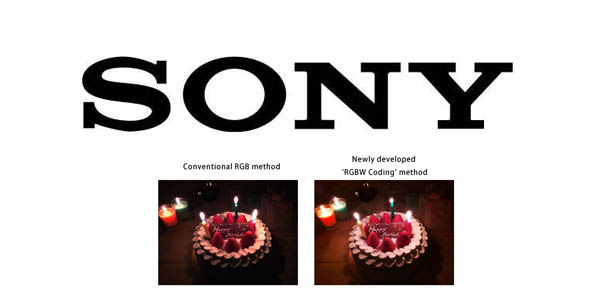 Sony is toiling with a new type of back-illuminated CMOS sensor that will improve the performance of smartphones and entry-level cameras. The company’s new “Stacked CMOS” design will feature RGBW Coding and HDR video

But that’s not all. Sony’s newest sensors will feature RGBW Coding, which “facilitates low noise, high quality image capture even in low light condition.” According to Sony, RGBW Coding adds white pixels to the sensor’s array for enhanced low-light sensitivity, though we may see a dip in color depth, resulting in slightly less saturated light images. Though the pixels are tiny, Sony claims the new sensor’s signal-to-noise ratio is quite accurate, resulting in higher resolution.

Sony’s Stacked CMOS sensor will also specialize in HDR Movie mode, which you guessed it, allows users to use HDR mode while shooting videos. High Dynamic Range is a tool that’s vacuumed a lot of popularity amongst consumer photographers because it quells blown backgrounds and livens up dark shadows. Sony is achieving this on the new sensor by two different exposure settings within a single screen.

Sony plans on shipping samples of their new Stacked CMOS sensor in the following order: