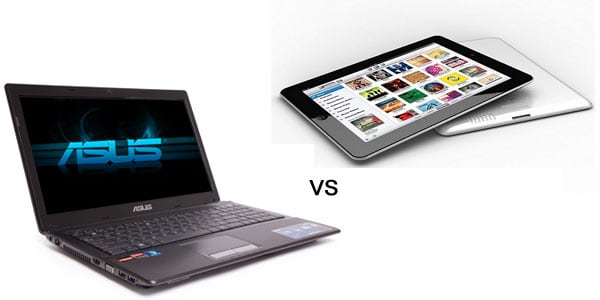 The tablet computers have become increasingly popular since the iPad was launched in the market. These have started replacing laptops and some people believe that notebooks have now become obsolete.

Tablet computers like the iPad have a number of advantages which is why they became such a huge success. However, they also have certain disadvantages as well. The benefits and drawbacks should be carefully considered in case you are thinking of replacing your laptop.

This article is written by Allan. Allan loves blogging about technology and new gadgets. As part of his work, Allan offers advice on computers and tablets in an electronics store.

The decision to replace your laptop with a tablet computer will eventually depend on your own preferences. How you will use your tablet will also determine your choice. It has been seen however, that most people who buy tablet computers will also hold on to their regular PC or laptop as well.