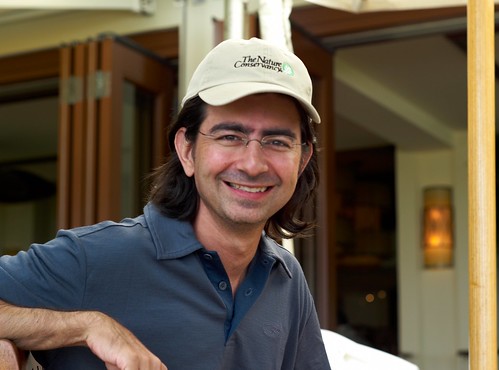 He Gave His Customers More Control

Everything about eBay was revolutionary, but Pierre Omidyar also did something different in the trust he afforded his customers. EBay buyers and sellers have been having disagreements since the beginning, and the discord could have derailed eBay if not handled properly. Omidyar trusted the customers to work it out amongst themselves, a move that could have backfired. Instead, he gave more power to the customers with feedback and ratings, and that’s one of the reasons eBay is so successful today.

Pierre Omidyar is a billionaire, but he isn’t in the spotlight as much as other tech celebrities. This is because Omidyar is humble and a genuinely nice guy. He became so successful because he believed in eBay. When it blew up, rather than sell it and move on, he stayed active as the chairman. He’s funny and always has a smile on his face, and this serves as a great reminder that wealth doesn’t have to make you greedy or inflate your ego to unworldly proportions.

One of the best examples that Pierre Omidyar sets is in his philanthropy. Omidyar is incredibly generous, and he donates a very large portion of his wealth to charities on a regular basis. He also created the Omidyar Network that is dedicated to creating opportunities for impoverished people to have better lives. He supports many nonprofits with very sizable donations, including the Hawaii Community Foundation, HopeLab, and Humanity United. His goal is actually to donate 99 percent of his wealth. If all other wealthy people had the same goal, the world would probably be a much better place.

He Doesn’t Give Up

EBay did not grow without problems, and in 1999 it suffered a series of blackouts in which service was completely suspended for as much as an entire day. This rocked the world of many eBay sellers, but Omidyar was able to turn the nightmare around. EBay actually made 10,000 phone calls to its top sellers to apologize. Not only does Omidyar recognize the importance of each individual that contributes to eBay, but he was able to see the company through rough times.

The best thing about eBay is that it enables millions of people all around the world to make money. Some top eBay sellers sell on eBay as a profession. Omidyar has made it possible for everyone to earn some extra cash if they have extra stuff, and we’re all grateful for this. Without eBay, what else would we do with our hidden treasures? In addition, eBay has more than 15,000 employees worldwide. Sure eBay takes a cut of our profits, but we wouldn’t have any profits if it weren’t for eBay in the first place.

Andreas Svensson is a swedish-born IT specialist and writer who loves to share his interests on blogs. To ensure all his work is grammatically accurate and of a high quality he proofs it with a grammar checker. Learning grammar rules is tough when English is your second language so he is glad to have software to help him.