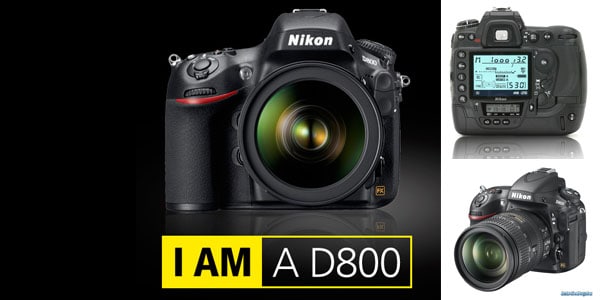 It has been over 3 years since Nikon released its D700, a nice full frame camera that we use almost every day in the DR office. There have been dozens of rumours about a slightly improved 700S but we have pointed out that Nikon will skip 700S and release D800 with the D3S capability, better movie mode and increased sensor resolution. While we weren’t sure why a Nikon D4 won’t come out with these specs first, we were convinced in mid-2010 that a 16MP D800 was imminent. However Nikon decided to release D7000 instead, and we guess the D800 went back to the drawing board because it was not considered competitive enough to take on the 5DII market. 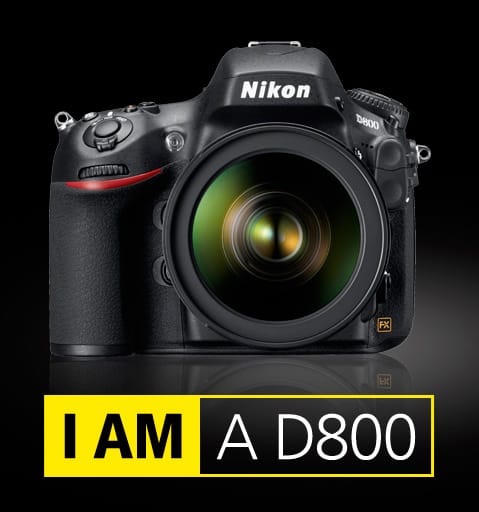 Now the D800 is finally with us and we are super excited about it, at least spec wise. Perhaps we have been secretly hoping for so many years that Nikon would release something amazing to disrupt the DSLR video world currently occupied by Canon, we are very eager to find out exactly how video performs and how AF works during video mode.


One of the interesting thing with today’s announcement is that Nikon has released an additional model called D800E, which is sold at a slightly higher price. So what’s the difference or additional benefit this more expensive model brings? 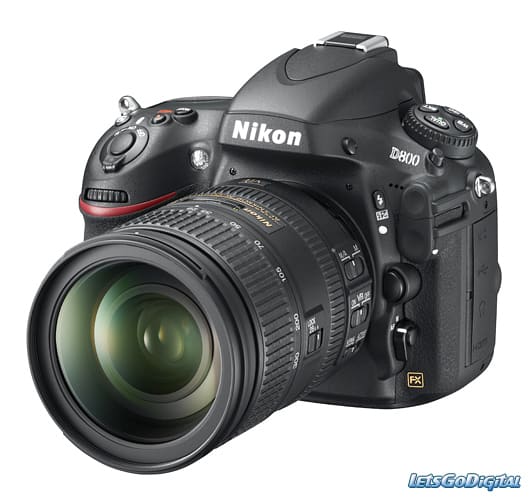 As you can see from the spec table, both cameras are almost identical expect one thing: the anti-aliasing property of the low-pass filter in the D800E has been disabled.

The low pass IR filter with anti-reflection coating is an important component sitting between the lens elements and the COMS, which is normally made with lithium niobate. What it does is to spread a single optical point into multiple points. While it effectively reduce aliasing and also moire effect caused by repeating patterns such as certain fabric, there is a tradeoff of sharpness which lots of landscape photographers need. What Nikon has done with the D800E is that while they kept optical filter in between COMS and lens, the light spreading property of such filter has been removed. What you have is essentially an optical filter which passes all light rays through without any diversion.

Now you may ask “why is Nikon charging extra for the changing a little filter”? We think technically the anti-aliasing disabled filter should be no more complicated than the anti-aliasing one. Some may argue that given the smaller production number of this “special” optical filter (which does little), the cost per unit will be higher. To be honest I do not believe it cost Nikon more to make the D800E. The decision to offer it for a higher price is purely a marketing decision, and given lots of people have made up their mind to go for the E, a successful one as well.

So should you pay more to get the E then? If your photography subject is versatile, I would say get the non-E by all means. To most people, the difference made by the anti-aliasing property is negligible, and you really have to magnify to see the difference clearly. For those photography situations where there is no moire pattern to worry about and aliasing is not as much as an important issue as full resolution and sharpness, the E version does offer an advantage.