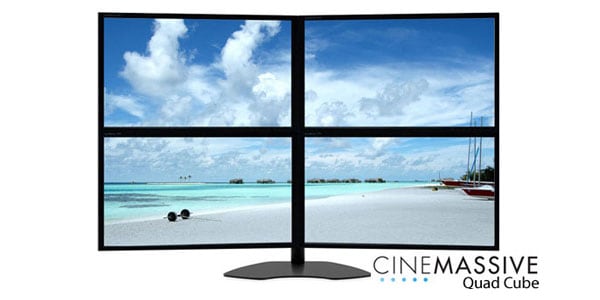 Multi-Monitor, also called Multi-Display and Multi-Head, is the use of multiple physical display devices, such as monitors, televisions, and projectors, in order to increase the area available for computer programs running on a single computer system. Dual-Display, Dual-Screen and Dual-Monitor are names commonly used to describe a particular type of multi-monitor display, specifically one with two display devices. 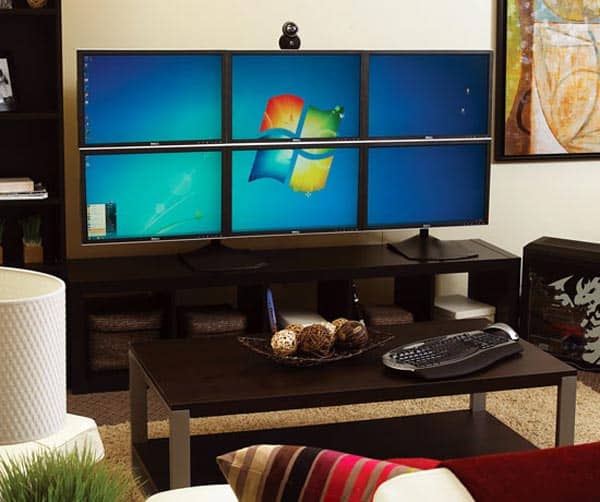 Whether you’re into widescreen gaming, day trading, multitasking, or just stretching windows until they’re really,really big, a multiple monitor setup is the only way to fly. Us geeks have been keen to the secret for a while now (Eyefinity, anyone?) but sales numbers from 2011 seem to indicate that dual-screen madness may be starting to take the world by storm — and that most buyers think bigger is better.

The average computer monitor sold these days measures in at 21 inches, a three-inch increase over the 18-inch average way back in 2007. According to numbers that IHS iSuppli, well, iSupplied to the New York Times, 179 million monitors were sold in 2011, compared to just 130 million desktops. Rhoda Alexander, iSuppli’s monitor-watcher, told the newspaper that difference means “more screens per desk.”

Don’t necessarily chalk that increase up to a rise in multi-monitor gaming, though (such as the sweet Eyefinity Assassin’s Creed goodness being showed off by Maximum PC weekend contributor Justin Kerr in the pic above). The Times says that business use likely contributed to the spike.

“NEC Display, a major supplier of monitors, said 30 to 40 percent of the employees of its corporate customers now used more than one monitor, up from 1 percent four years ago,” the article reports.

One thing’s almost certain: as multitasking increases and monitors continue to get wider, thinner and cheaper, multi-screen usage should continue to rise. Do you rock a dual (or more!) screen setup, or are you a one-screen kinda guy/gal?