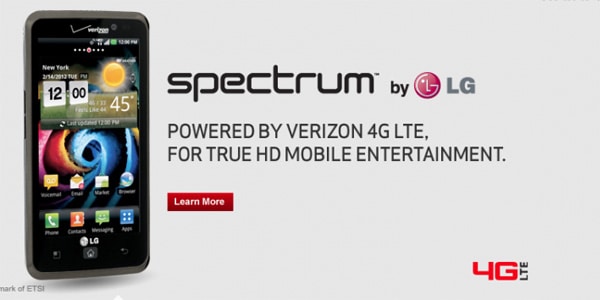 It seems as though that leak from earlier this month was pretty spot on, making this news unsurprising, but still very welcome. Verizon Wireless on Thursday announced the LG Spectrum is now on sale for $199.99 with a two-year agreement. At that price-point, Verizon customers will get a pretty tasty smartphone.

We got a glimpse at the Spectrum just last week at CES 2012, and we can’t wait to get a longer hands-on in the coming weeks.