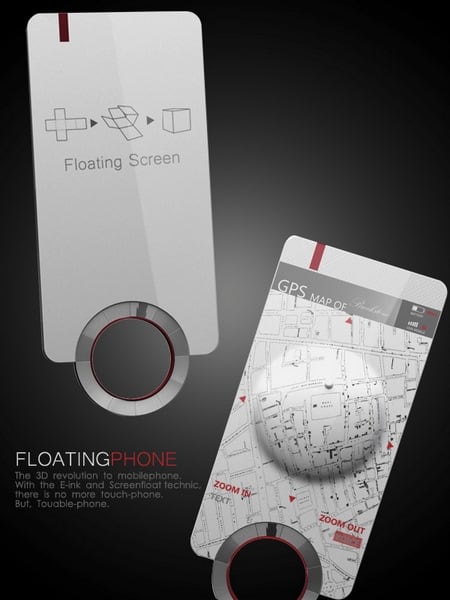 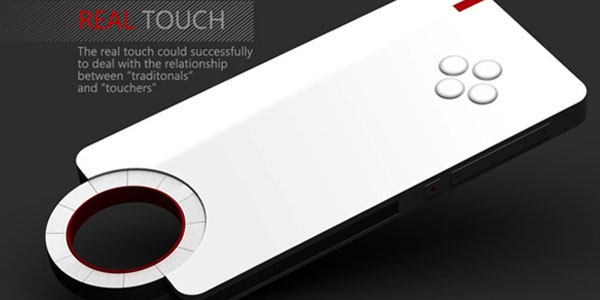 With the rumor mill winding up for the next Apple release (iPad 3? iPhone 5?), we’ve found one prototype that could indicate where the next generation of smartphones may be heading.

Unlike 3D phones as we understand them now, the Floating Phone’s touchscreen has the ability to rise up to meet your fingers. So instead of a flat piece of glass, it becomes contoured to reflect what you’re using the phone for. Writing a text will feel like you’re touching an actual keyboard. 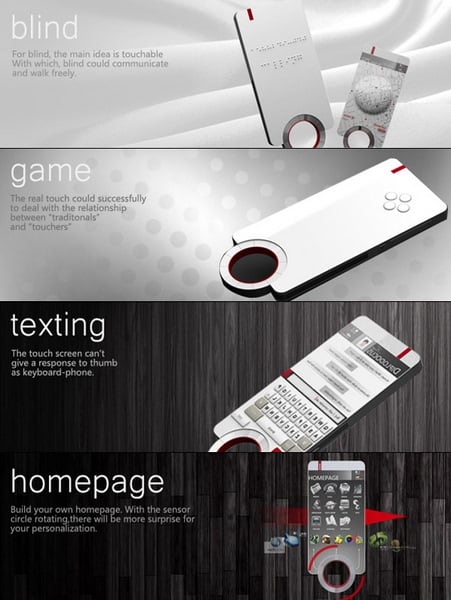 A team of designers that includes Messizon Li, Yang Fan, Linghan Liu, Li Ke, Pengcheng An, Yunlong Zhu, and Zhangxia Ruan have come up with the Floating Phone. 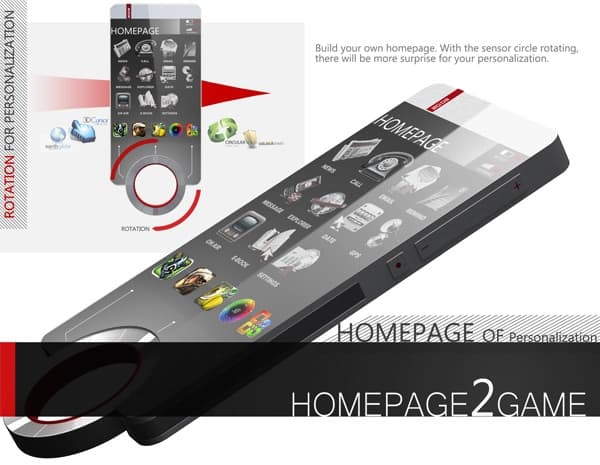 It can also be used to create Braille. Another unique feature of the phone is the circular hole that acts as a scrolling wheel for the customizable menu screen. It also doubles up as a d-pad if the user decides to use the phone as a gaming device. 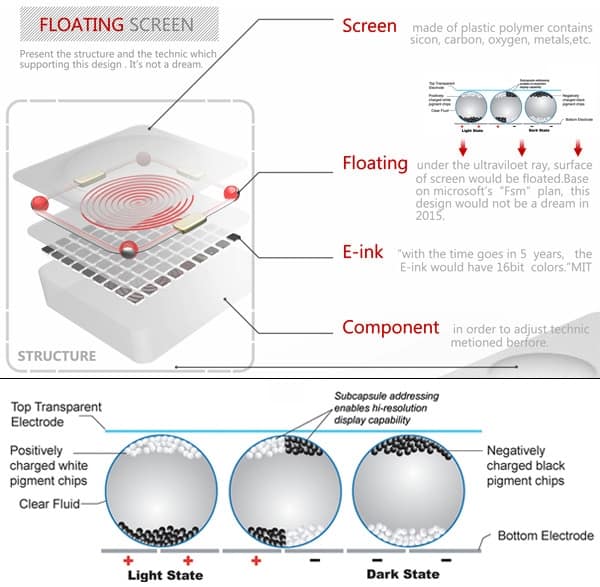 The team believes this technology is only three years away, with the various components already widely available. All it takes is for a large technology company with an eye for design and radical new ways of presenting data — didn’t we mention them already? 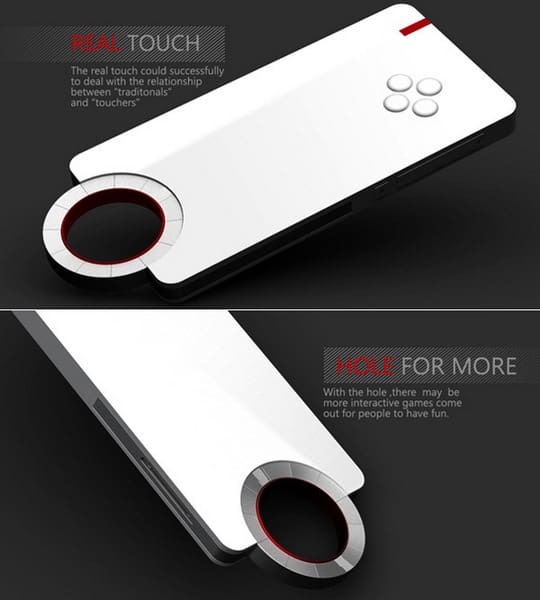 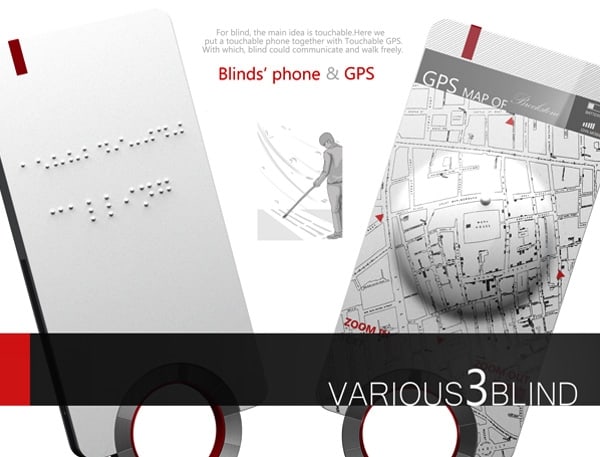 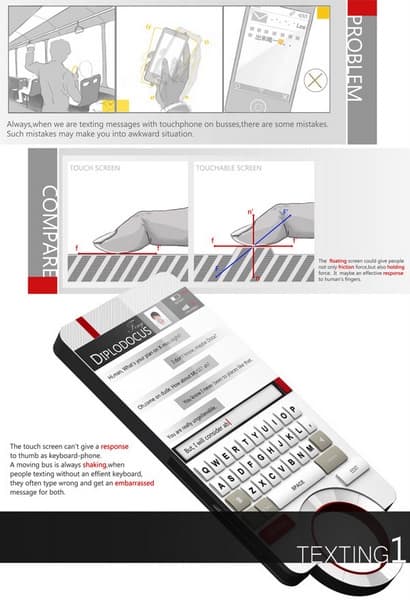 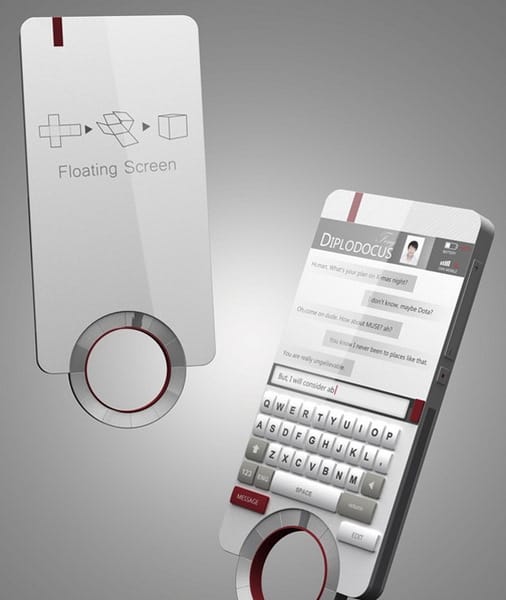