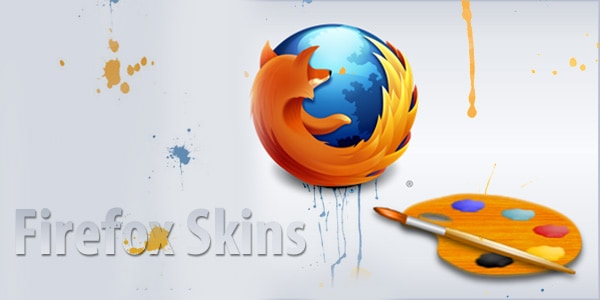 Firefox is one of the widely used browsers and big rival to many others like Chrome,Opera,Safari,IE. Firefox became popular early in the days when opera,netscape and internet explorer ruled the browser community with its features,large no of addons and functionality. A stable version of firefox 9.0 has already been released to the masses yesterday , which claims further 20-30% performance increase in JavaScript performance.

If you cant take plain Firefox skin or theme ,then these collection of 20 Best Firefox Skins are for you. These themes are compatible with Firefox 9. If you like this article take a look at our related article on firefox .

This theme is for people who like it dark. If you’re running a dark desktop, browsing at night, or just looking for a change, this is for you.

FT DeepDark is a theme that has been created to transform the look of Firefox (version 4 and higher) for Windows users.

FT SleekDark is a theme that has been created to transform the look of Firefox for Windows users. It has been specially designed for Seven.

FT EVO, born from FT Graphite “ashes”, is a theme that has been created to fully transform the look of Firefox for Windows users.

FT Silver Glow is a theme that has been created for Windows users. It contains no added functionalities, it’s simply a full Firefox’s GUI customization.

“Avant-garde” is a French term, with no real English translation, that essentially means “out of the cultural or accepted norm”.

Silvermel gives a Creamy Silvery Experience and is a modification from the fantastic theme Charamel.

The Utopia theme is incorporated qith firefox logo.More color variations of this theme, including a black version, can be found on the theme’s homepage.

Turn your Firefox into Firecat and enjoy browsing in the furry company. The theme is also available in green flavor.

Noia 4 is the successor of the popular Noia 2 eXtreme theme with full Firefox support.

It is based on original firefox 4.0 Mac OS theme.

Simple and unobtrusive theme with clear, colorful icons. Recreated using the icons from the original Qute 3 theme and Qute icon set, to work on Firefox 3.0 and above.

NCSA Mosaic was the first popular graphical web browser.The goal of this theme is to recreate the look and feel of NCSA Mosaic 2 running on Windows 95.

A dark theme, but with more balance than most dark themes. I made this for personal use, but wanted to share. Enjoy!

Remake of the beautiful Kempelton theme by Arvid Axelsson for Firefox 4 and above.