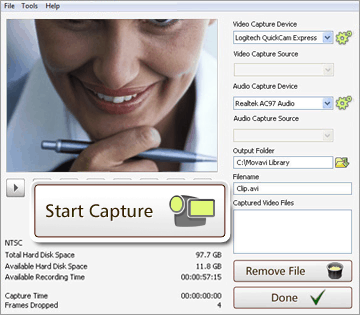 Video guides have gained a lot of popularity over the years, and nowadays they’re pretty much the ‘norm’ for most internet users who want to learn how to do something new. Compared to the guides of yesteryear that involved a blend of text and graphics to get the point across, with video guides you can show your audience exactly how to do something, while telling them how to do it at the same time.

Assuming you want to create a video guide about using WordPress, here’s what you have to do:

Depending on how you structured it you may need to capture your screen, record yourself from your webcam, or maybe even both so that you can show your screen along with a smaller picture-in-picture window that has the video footage from your webcam. Don’t try to go for lengthy single-takes, instead you should record your video scene-by-scene.

Start to cut out the unnecessary parts of the footage and then combine the scenes into a single video. If you like you can enhance the video quality, add stylish transitions, special effects, or even add text as subtitles or captions.

Initially you should save the video in a high quality format, but after that you can choose to optimize a second copy based on the device or platform that you want to use it on.

To accomplish all of this, aside from knowing how to make a how to video, you’re going to need a good screen capture and editing software – which is exactly what the Movavi Screen Capture Studio can do for you. It is capable of all the features that have been listed above, and more. Assuming you want to upload your video guide on YouTube once you’re done it even has presets that are designed specifically to save videos in the most optimal format, so you won’t have any issues when you eventually decide to share the video.