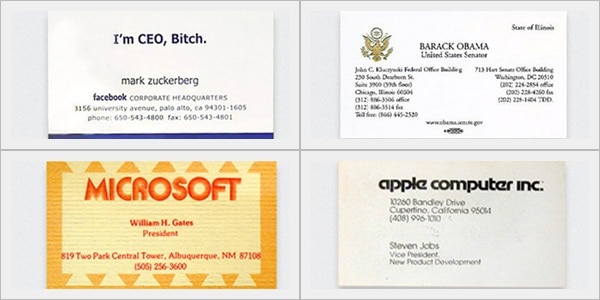 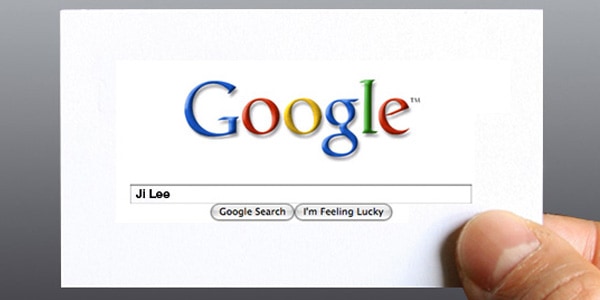 Mark Elliot Zuckerberg (born May 14, 1984) is an American computer programmer and Internet entrepreneur.He is best known for co-creating the social networking site Facebook, of which he is chief executive and president. It was co-founded as a private company in 2004 by Zuckerberg and classmates Dustin Moskovitz, Eduardo Saverin, and Chris Hughes while they were students at Harvard University.In 2010, Zuckerberg was named Time magazine’s Person of the Year.As of 2011, his personal wealth was estimated to be $17.5 billion. Here is the business card used by Mark Zuckerberg 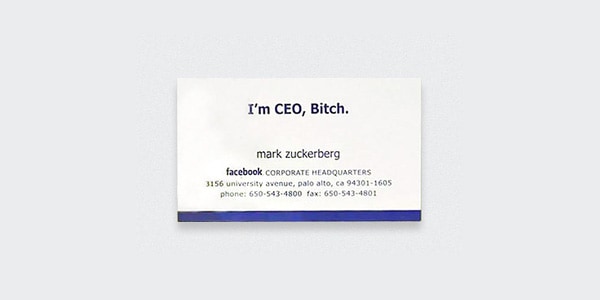 Donald John Trump, Sr. (born June 14, 1946) is an American business magnate, television personality and author. He is the chairman and president of The Trump Organization and the founder of Trump Entertainment Resorts.Trump’s extravagant lifestyle, outspoken manner and role on the NBC reality show The Apprentice have made him a well-known celebrity who was No. 17 on the 2011 Forbes Celebrity 100 list. Business Card of Donald J. Trump is here

William Henry “Bill” Gates III (born October 28, 1955) is an American business magnate, investor, philanthropist, and author. Gates is the former CEO and current chairman of Microsoft, the software company he founded with Paul Allen. He is consistently ranked among the world’s wealthiest people and was the wealthiest overall from 1995 to 2009, excluding 2008, when he was ranked third. During his career at Microsoft, Gates held the positions of CEO and chief software architect, and remains the largest individual shareholder, with 6.4 percent of the common stock. He has also authored or co-authored several books.

Lawrence “Larry” Page (born March 26, 1973) is an American computer scientist and internet entrepreneur who, with Sergey Brin, is best known as the co-founder of Google. As of April 4, 2011, he is also the chief executive of Google, as announced on January 20, 2011. As of 2011, his personal wealth is estimated to be $16.7 billion.

Barack Hussein Obama II ( born August 4, 1961) is the 44th and current President of the United States. He is the first African American to hold the office. Obama previously served as a United States Senator from Illinois, from January 2005 until he resigned following his victory in the 2008 presidential election.

Steven Paul Jobs ( February 24, 1955 – October 5, 2011) was an American businessman and inventor widely recognized as a charismatic pioneer of the personal computer revolution. He was co-founder, chairman, and chief executive officer of Apple Inc. Jobs was co-founder and previously served as chief executive of Pixar Animation Studios  he became a member of the board of directors of  The Walt Disney Company in 2006, following the acquisition of Pixar by Disney.

Eric Emerson Schmidt (born April 27, 1955) is an American software engineer and the current executive chairman of Google From 2001 to 2011, he served as the chief executive officer of Google Additionally, Schmidt was a former member on the board of directors for Apple and sat on the boards of trustees for both Carnegie Mellon University and Princeton University.

Here is the business card used by Devon Spurgeon

Stephen Gary “Woz” Wozniak (born August 11, 1950) is an American computer engineer and programmer who founded Apple Computer, Co. (now Apple Inc.) with Steve Jobs and Ronald Wayne. Wozniak single-handedly created the Apple I and Apple II computers in the mid-1970s, which contributed significantly to the microcomputer revolution of that era.