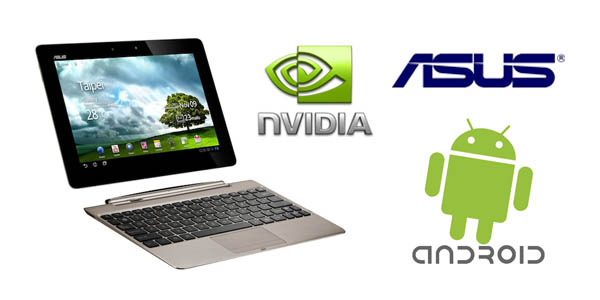 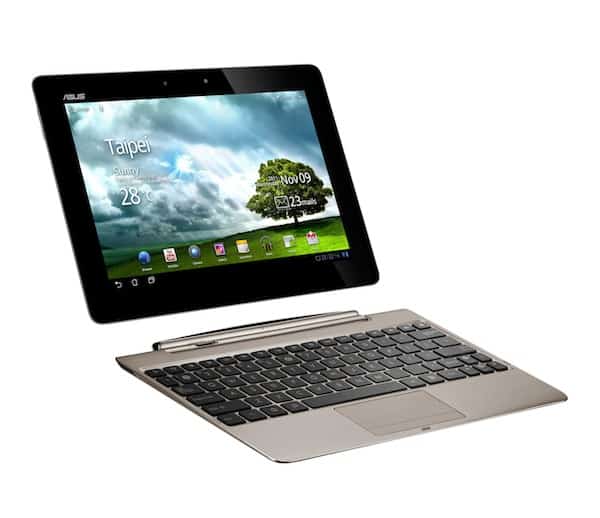 Set to ship next month for $499/599 USD (32GB/64GB versions), Transformer Prime features 1GB of RAM backing that Tegra 3 CPU. The tablet sports 8.3mm profile, weighs in at a scant 586g (1.29 lbs), and packs dual cameras (8MP/1.2MP), 1080p video capture, 3.5mm audio and micro HDMI jacks, microSD card port, and a 10.1″ LED backlit, multitouch Gorilla Glass display. You’ll also get GPS, WiFi and Bluetooth connectivity and the usual swatch of motion and light sensors. Rated at 12 hours of battery life expandable to 18 with the optional $149 keyboard dock, Transformer Prime won’t suffer for longevity because of that quad-core CPU, or so Asus and Nvidia claim.

Of note: Asus will continue to sell the original Transformer as a “Mainstream” alternative to Prime’s “Premium” level model. Based on the original’s $399/449 (16/32 GB) price points, I’m guessing this is little more than marketing spin while existing Transformer inventory is cleared out. Some may opt for the relative bargain of the sub-$400 entry level Transformer, but it’s hard to imagine many buyers picking the “old” $449 32GB Tegra 2 model over the new $499 Tegra 3-powered Prime just to save fifty bucks.

Asus’ messaging has been a little bit confusing when it comes to exact ship dates – though I’m guessing it’s because they just really don’t know yet themselves. Also a little less than satisfying was what we learned about Prime’s operating system: It’ll ship with Honeycomb but receive an update to Ice Cream Sandwich soon. As an Asus rep put it:

We will launch with Android 3.2 in December and will provide an FOTA for Android 4.0 as soon as the code has been optimized, tested and approved.  I do not have a date for the FOTA but we feel confident enough in the early code package to demo ICS on the Transformer Prime at our December launch event.

Kind of annoying to buy a next-gen tablet and have to wait a few more weeks before its next-gen OS is ready, but better late than never, right?

The official PR boasts of an IPS+ display with 178 degree viewing angles and support for full 1080p HD video playback, while slides from today’s press conference confirm the tablet will sport a 10.1″, 1280 x 800 pixel screen just like the original Transformer. Prime and its accompanying keyboard dock take on the look of Asus’ new Zenbook “ultrabook” class laptop, what with their aluminum “metallic swirl design” finish. Transformer Prime will be available in two color schemes: Amethyst Gray and Champagne Gold.