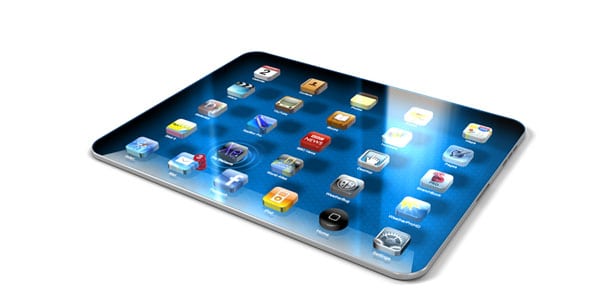 Apple will likely unveil its third generation Ipad 3 on Feb 2012, just within 1 year after iPad 2 was released on March 2011 . A news report picked up by Focus Taiwan and 9to5Mac says Apple will launch iPad 3 on Feb. 24 in honor of Steve Jobs’s birthday.

After the iPhone 4S successfully took the tech market by storm, the iPad3 is widely expected to be Apple’s first hit product to be released next year. Industry sources said the first shipment of the iPad3 could exceed 4 million units. Because it is a new gadget, it is taking time for makers in the supply chain to raise their yield rates. The sources said all OEM and ODM makers have exercised great caution in ensuring the smooth operations of their production lines.

Earlier Economic Daily News said the gadget could be launched in mid-first quarter of next year or by the end of next March.The first iPad was unveiled on Wednesday, Jan. 27, 2010 and hit stores on Saturday, April 3.The iPad 2 hit stores on Friday, March 11 .

It was Confirmed that Sharp was going to be the manufacturer of the iPad 3 display.

The iPad 3 may be packed with a rumored higher res display and thicker form-factor. Other specs are rumored to be a dual-mode wireless chip for both CDMA and GSM, Apple’s A6 processor, and more RAM. DisplaySearch analyst Richard Shim told CNET that production of a QXGA 10-inch 2048-by-1536 Retina Display for iPad 3 “has started”, as previously hinted