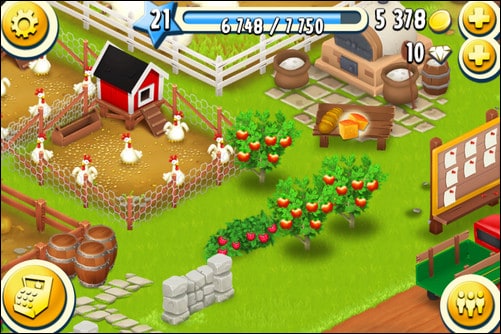 With the best multiplayer iPhone games, you can have a lot of fun playing digital games with friends and family on the distance. Beside being an awesome mobile phone, the iPhone is also a excellent multiplayer device. It can provide an extraordinary game play combined with an amazing social experience. You can of course choose to play iPhone multiplayer games with your friends or team up with strangers on the internet.

Latest development in mobile devices like e.g. the iPhone 4 and 5 makes it possible and really fun to play games anytime and anywhere. Further with several million iPhone’s users there’s a good possibility you can find a buddy or a co-op colleague to play with online. Actually the amount for iPhone multiplayer games huge and high quality multiplayer iphone games are typically free or sold at a very low prize in the app store.

Because of the continued popularity, the number and variety of iPhone multiplayer games continue to grow. Thus, if you want to keep up to date with the most popular games at the moment, you may find yourself spending a lot of time researching. To help you, I have compiled a list of the best iphone games, which you can enjoy with your friends. Check out each game to find out the special characteristics of each. Have fun, but don’t forget to share this post with your friends. I also like to know about your thoughts on the multiplayer games for iphone in this post so please add your comments below.

This is one of the most popular iPhone games. It is about building and running a farm by harvesting crops and building bakeries, sugar mills and dairies that turn your fresh produce into wholesome goods. You can trade with your friends at your very own Farmer’s Market. 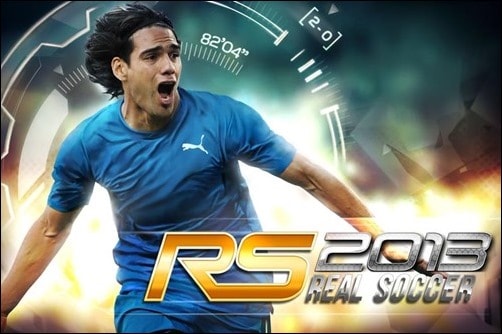 This iPhone game will allow you to participate in a very immersive soccer simulation and demonstrate that you are the best player on the pitch. You can strengthen your team by hiring new members of the staff, reinforcing your facilities, dealing with sponsors and others. You start with a rookie team and improve the abilities of your players in order to become a member of the top league and play against the best teams of the world in the championship. 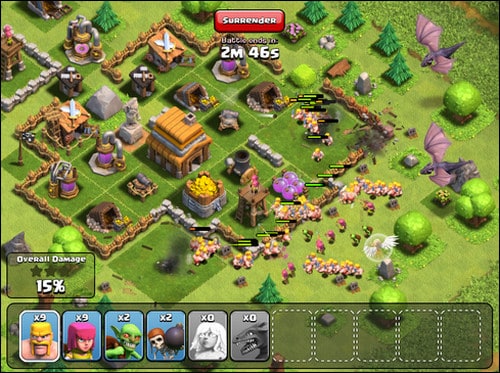 Lead your troops to victory! Clash of Clans is an unique combat strategy game. Build your village, train your troops and battle with thousands of other players online! It is fun, but time consuming if you are not willing to spend diamonds! 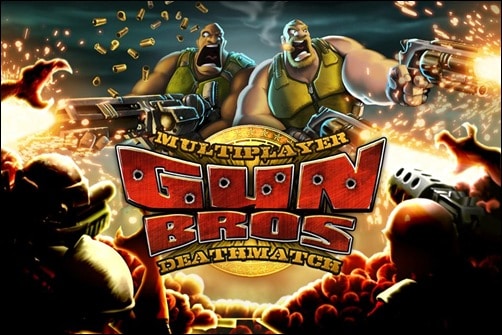 Gun Bros takes the well-loved twin-stick shooter idea, a genre in which there are tons of games to be found on smartphones already, and tweaks it in one extremely smart way – it adds a second player to the mix. Two players grab various guns and start hammering away at anything that comes into their path in the game, trying to hold out as long as they can against wave after wave of enemies. 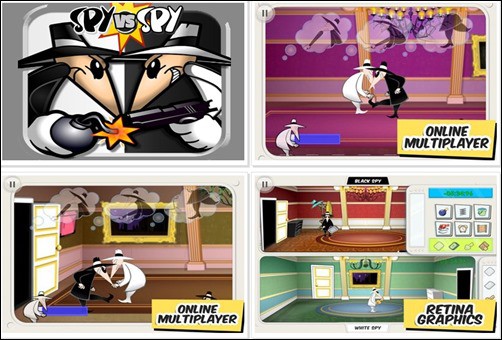 This is an unusual combination of strategy and action. You can play in multiplayer mode and do a dirty trick by bombing another spy that wanders into a house you are in. 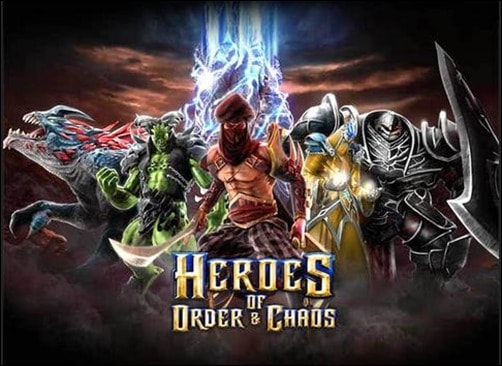 This iPhone multiplayer game will allow you to team up with your friends and fight in the first MOBA or Multiplayer Online Battle Arena of App Store. You can strengthen your heroes as you wipe out the base of the enemy in this addictive, fast pace and thrilling game. 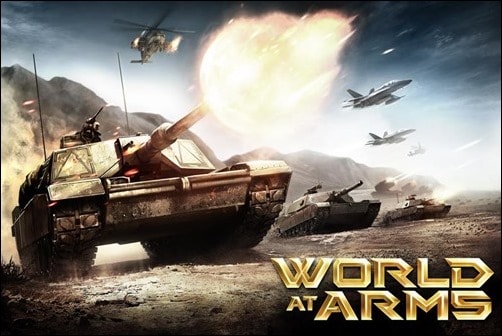 In this game, the US is being attacked by an evil alliance called the KRA, which is composed of highly trained forces. You need to make your stand and fight as the leader of the free world. This game will allow you to train an army, build your base and wage war or ally with other players from other parts of the world. 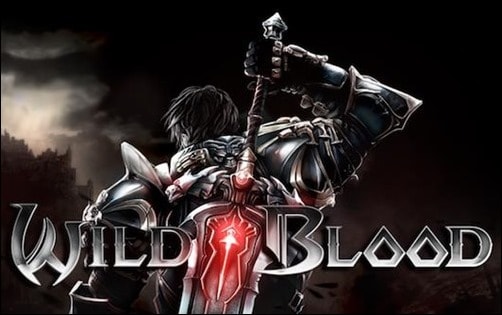 This game has been optimized for the iPhone 5’s 4 inch Retina display. It utilizes the revolutionary Unreal Engine to create real time unimaginable battles with full 3D graphics. 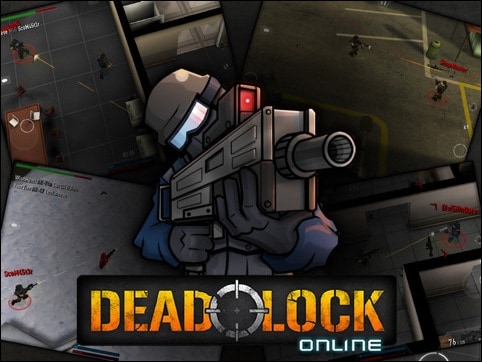 Deadlock, a no cost multiplayer shooter game is just released. Deadlock is compatible with iphone, ipad and ipod Touch also. In the event you diehard fan of multiplayer games, then you should consider this. Deadlock is often a dual-stick shooter game designed by Crescent Moon Games LLC that one could play online with as many as eight other players through Game Center. 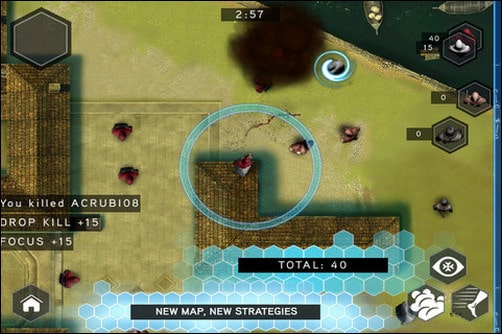 This app “is a real-time online multiplayer game, which uses a Wi-Fi connection to let you compete against up to 3 other players. 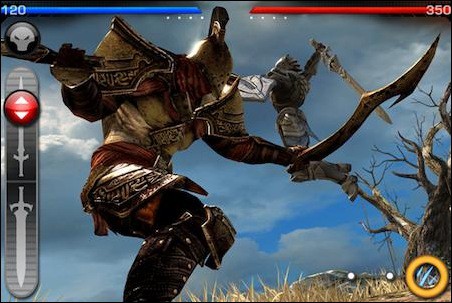 The recently added multiplayer mode in Infinity Blade brings the game’s tense one-on-one sword-fighting mayhem to the Internet. The new mode puts one player in control of the game’s protagonist warrior, and the other in the role of one of those monstrous Titans players battle in the game’s single-player campaign. It actually substantially changes the Infinity Blade dynamic without fundamentally altering the game, just by giving players control over the bad guys. When you play as a Titan, you control the speed of your attacks, making the game a lot more about confusing and tricking your opponent than about brute strength. 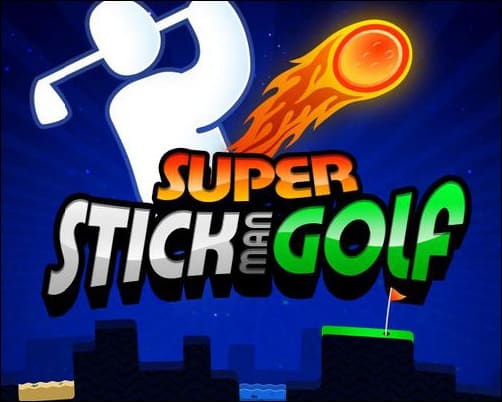 Most players will recognize the physics-based gameplay available in Super Stickman Golf. Each shot taken on Stickman’s side-scrolling courses is performed by choosing the power and angle of the shot. The holes aren’t easy, though. They’re wrought with hazards and pits, as well as floating platforms and other difficulties. 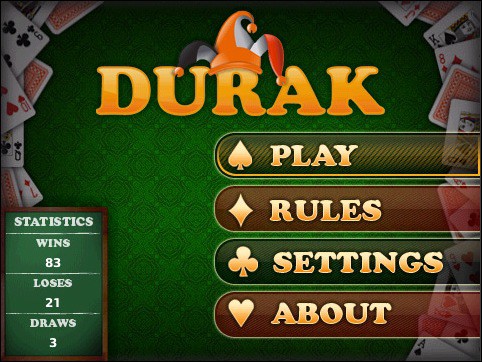 A well known gambling in nice execution. The game purpose – to get rid of all your cards. The last player, who hasn’t got rid of his cards, is duped. In the first round the first goes (attacks) the player with a younger trump. The stroke is always to the left, and consists of a putting one or more cards, and attempts of the next player to cover them with the senior card of the same color, or the card of trump color if the being covered card isn’t trump – in that case it can be covered with only the senior trump. If the player beat off, he makes the next stroke, but first of all players gather additionally to 6 cards, starting with the player who went the first, and finishing with the player who beat off. If the player couldn’t beat off, he takes all car ds and the next stroke is for the player on the left side. 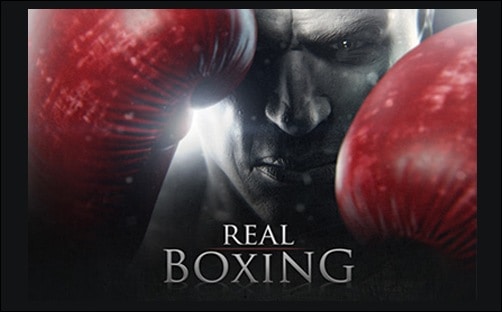 A game with the amazing Unreal-powered graphics and motion capture creating astonishing levels of realism Control your boxer with your actual fists using the revolutionary V-Motion Gesture Control System that tracks your motions using your device’s camera. 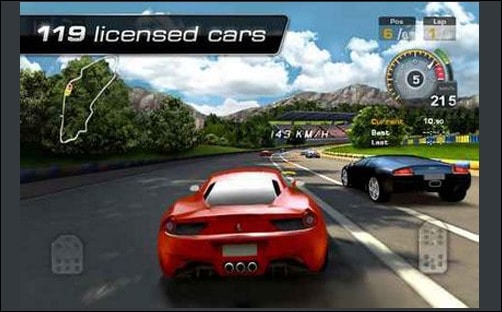 HD graphics quality games for free from Gameloft. Almost the same as aspalt 6, this game tells the story of racing. In these games there Dapa modify your car as you wish. This game can make a multiplayer race via Wi-Fi. Compatible for iPhone, iPod Touch and the iPad. 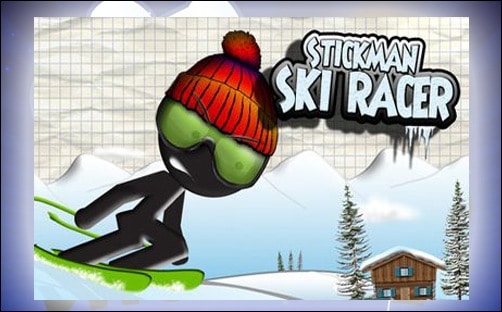 Test adventures of amazing ski maniac Stickman. Take the skis and go to the most beautiful and the most dangerous mountains in the world! Perform mad jumps and tricks, quickly going down on hills, try to avoid deadly avalanches, rusty and not strong bridges or deep abysses.