Microsoft recently released developer preview version of Windows 8 after the successful and popularity of Windows 7 Professional and Windows Server 2008 recently.

We have to wait for final release of Windows 8. The current release is meant for developers to try their hands on upcoming Windows 8 features. If you are looking for new features in Windows 8, check this..

Released just last year in Developers Preview mode, Windows 8 already contains more than 300 new features. At its Build developers conference, Microsoft pointed to plans to keep adding more new capabilities until Windows 8 evolves into a shipping product. Which of the existing features are most important to get to know about right now?


While no list like this can even approach ‘all inclusiveness’, our list of ten key features in Windows 8 ranges across new jargon such as “charms” and “snap muti-tasking,” to first-time operatibility on ARM-based tablets, to major improvements around support for USB 3.0, touch keyboards, file copying, and more. Here, in no particular order of importance, is the list of ten:

Windows 8 is the first edition of Windows to operate on both ARM-based tablets and traditional x86 PCs based on ARM processors from Intel and AMD. 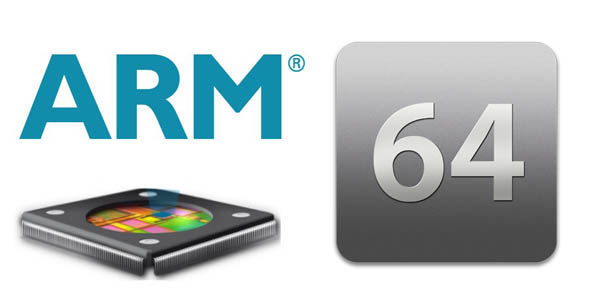 “Support for ARM-based chipsets, touch, and sensors makes Windows 8 work beautifully on your choice of a full spectrum of devices, such as 10-inch slates with all-day battery life, ultra-lightweight laptops, and powerful all-in-ones with 27-inch high-definition screens,” Microsoft contends, in a Windows 8 Guide distributed with Windows Developer Preview
In addition, the ARM edition of Windows 8 includes a new mode dubbed “always on, always connected,” designed to let tablets act like smartphones. Tablets can remain in standby mode without disconnecting from the Internet, and then wake up instantly.
Windows 8 is designed to work seamlessly across both PCs and ARM tablets. Yet until developers get a real start on apps for Microsoft’s still empty Windows Store, it’s tough to tell whether that will be universally true.

Although Windows 8 might look and feel like an entirely new “user experiemce,”, Microsoft is actually layering a new animation-enabled user interface (UI) on top of an only somewhat upgraded Windows 7.

The Windows 8 Start Menu is customizable through a mosaic of tiles, which differ from traditional desktop icons by letting you view live information from Windows 8 Metro style apps without actually accessing the apps. 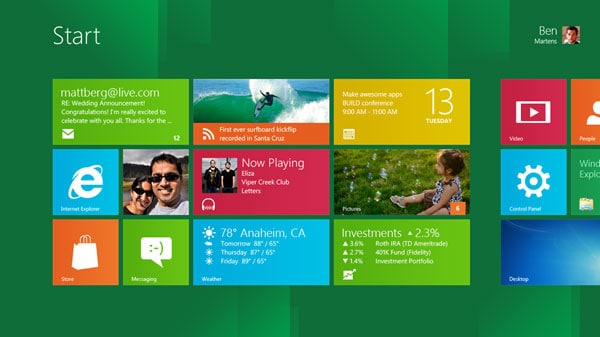 In demoing the tile-based UI at last week’s Build conference , Microsoft showed how the tile for a Windows 8 weather app is able to display the current temperature in a city – along with projected temperatures for the next two days – without requiring you to open up the app. A tile for Windows Live Mail will show you your latest message, while a tile for a social networking app will show you notifications.

“The [Metro] apps are full-screen. They’re beautiful.They’re designed for touch, but of course, they work great with a mouse and keyboard as well if that’s what you have. We wanted to make it really fast and fluid for you to switch between them,” according to Jensen Harris, lead program manager on the Microsoft Office User Experience..

In large part, ‘charms’ is a new implementation of the traditional Windows start bar. Charms can also be used to quickly configure settings for individual apps. On an ordinary non-touch PC, charms are accessed by dragging the mouse to the bottom-left corner of the screen, to the same spot as the old Windows start button. On a tablet, you swipe from the right side of the screen to bring up charms.

Microsoft recently applied for a trademark on charms. The charms sidebar offers five sets of options, supporting both app-specific settings and system settings such as volume and brightness. The options include Start, Search, Share, Devices, and Settings. The Start option returns the user to the home screen. The Devices option presents a list of connected devices. Under the Share option, users can see social network sharing apps.

‘Snap multitasking” is designed to make it easy to run two apps in Windows 8 side-by-side, to resize them, and to switch between them. On the right-hand side of the screen, you can snap an app into place.

You can make an app smaller or larger by dragging the bar for the app. To switch between apps in Windows 8, you swipe from the left-hand part of the screen.

However, Windows 8 does not allow you to view all of your running apps on a single screen. 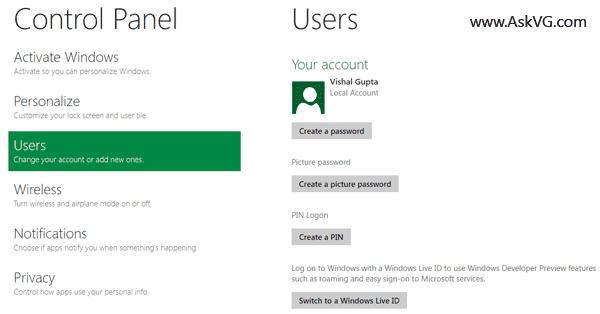 As Metro style apps become available, you’ll be able to use the Personalize menu to customize the Start menu with tiles for calendar, music, e-mail, Netflix, and much more.
In a demo at Build, Julie Larson-Green, Microsoft’s corporate VP of program management for Windows, showed how you’ll be able to position these Metro apps on the screen, and also to combine them into groups such as friends and games.

The Internet Explorer (IE) 10 browser built into Windows 8 is designed to offer faster browsing through greater hardware acceleration, along with rapid gesture-based zoom, pan, and Web site navigation.
As in other areas of Windows 8, you can quickly access Windows 8 charms, as well as the two keyboards described below. 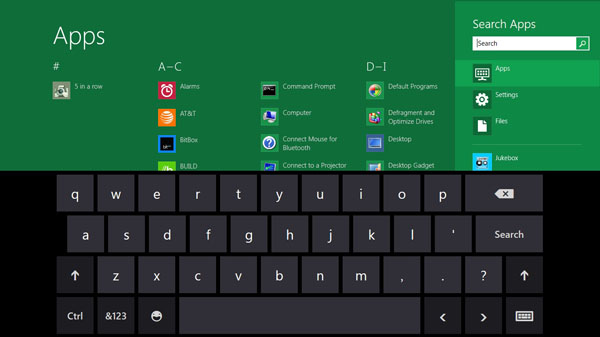 In efforts by Microsoft to make typing on a virtual keyboard faster and more accurate, the revised edition of the conventional keyboard suggests words on the screen as you type. You can then tap to selected a suggested word.  Microsoft also provides a spellcheck-like feature designed to automatically correct mistyped words – although like any other spellchecker, this feature carries the potential to cause its own errors.

The keyboards are also aimed at automatically adjusting to whaever human language you choose for Windows. These language settings will automatically apply to the entire computer, instead of only to specific apps.

Windows 8 also introduces the ability to perform all current copy operations into a single dialog box, instead of requiring you to perform file copying in separate dialog boxes for each app. 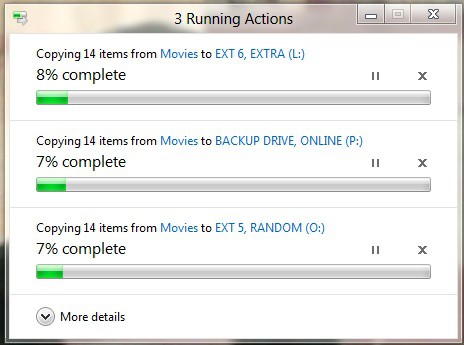 The new dialog box for file copying lets you pause, resume, and stop each sopy operation currently under way. It will also warn you if you’re beginning to copy one version of a file on top of another. 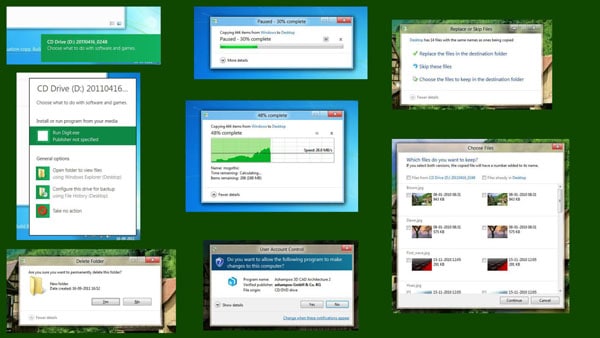 Microsoft has also added a realtime throughput graph. “Now each copy job shows the speed of data transfer, the transfer rate trend, and how much data is left to transfer. While this is not designed for benchmarking, in many cases it can provide a quick and easy way to assess what is going on for a particular [copy] job,” noted Alex Simons, director of program management with the Windows 8 management team.

New USB 3.0 ports operate at speeds up to ten times faster than )SB 2.0. To better support these speeds, Microsoft is outfitting Windows 8 with native USB 3.0 drivers.
Meanwhile, though, USB 3.0 will purportedly continue to work under Windows 7, through the use of third-party drivers. 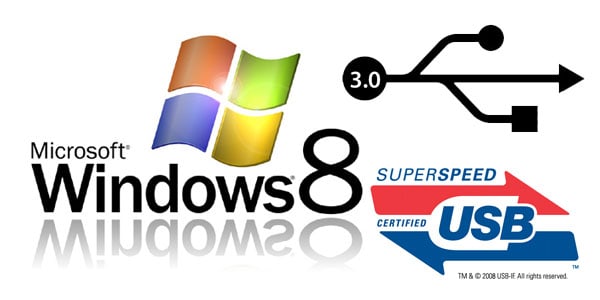 “By 2015, all new PCs are expected to offer USB 3.0 ports, and over 2 billion new ‘SuperSpeed’ USB devices will be sold in that year alone,” said Dennis Flanagan, director of program management for the Windows 8 Devices and Networking Group, in a blog post. “There are also billions of older USB devices that Windows must remain compatible with.”

Windows 8 also brings increased support for multiple monitors, The Developers Preview of the new OS includes first-time capabilities for extending the taskbar across two PCs, without any need for third-party apps. You can also stretch wallpaper across two monitors, or display the Start screen on one PC and the desktop on the other, for instance.